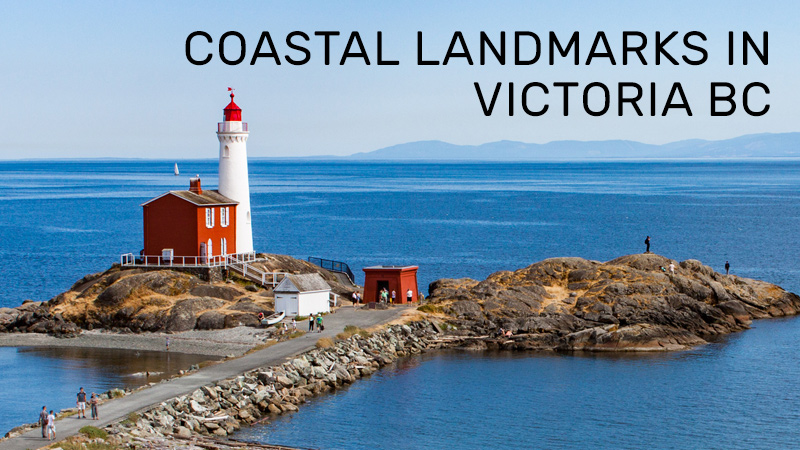 You may know that Victoria is one of the world’s best places for whale watching, but there is so much more to discover out on the beautiful waters surrounding the city. No matter what time of year you visit, Vancouver Island offers unmatched natural beauty. One of the best parts about whale watching is seeing this beauty from a different angle! See below for some landmarks and features to watch out for next time you are on the water outside of Victoria:

At the mouth of Esquimalt harbour lies Fisgard lighthouse, a white and red brick beacon that is hard to miss. This lighthouse is the oldest in western Canada, and is a popular national historic site that is beautiful from the sea or the land.

Directly south on the Washington Olympic Peninsula, the Olympic mountains offer a gorgeous backdrop to a relaxing boat ride. Take in the snowy peaks and impressive height of these monster mountains.

Just past the breakwater you will see the Trial Islands, an ecological reserve that protects endangered plant species. Although the public cannot access it, you can take in the beauty of the wildlife and lighthouse (located on the largest island) from the water.

On the clearest days you can see Mt. Rainier from the water, even though it is 87km outside of Seattle! Although from Victoria it may seem like just a small peak, this volcano is actually massive up close.

This lighthouse is hard to miss because of its distinguishable 24 metre black and white tower. For 150 years it has been guiding boats through the Juan de Fuca strait, and this makes it the second oldest lighthouse on the west coast. If you want to check out the lighthouse up close, there are 3 live webcam feeds that bring to life the ecological reserve surrounding the lighthouse. Be sure to check out the variety of seals and sea lions who live on the reserve!

Discovery Island is known for its panoramic Olympic Mountain views and status as a Marine Provincial Park. Many visitors come to the island to kayak, hike, and check out the variety of wildlife. At the eastern end of the island lies the Sea Bird Point lighthouse, which marks the Canada-United States border.

Seeing the Ogden Point Breakwater from the water is not a view that many get to see, as it is mostly popular as a half mile stroll from land. If you get the chance to stroll on the breakwater or see it from a boat, it will be well worth it.

If the weather is clear, be sure to look out for Mt. Baker. Both impressive and terrifying, this active volcano is about 100km east of Victoria in Washington State, and is known to be one of the snowiest places in the world.

The Gulf Islands are a grouping that stretch from Victoria to Nanaimo along the eastern coastline. Each island is unique, with scenery from the forested hills of Salt Spring Island to the sandy bluffs of James Island. Since its purchase in 1994 by billionaire Craig McCaw, James Island is strictly off limits to the public as it houses many treasures such as a western village and electric cars.

If you pass by Clover Point, you might see windsurfers, kiteboarders, or kite flyers as it is a popular destination for these sports. If you think this point is spectacular from the water, be sure to check it out off of Dallas Road and get yet another great view of the Olympic Mountains.

Just a short drive north of Victoria you will find Mt. Douglas. This peak is a great accessible option for families or those who cannot walk far as you have the option of hiking, biking, or driving to the top. The lookout point offers a full view of Victoria and the Juan de Fuca strait.

This coastal park is a true hidden gem of Vancouver Island. With 50km of trails, breathtaking views, and Mount Maguire (the highest point), it is easy to see why this park attracts many lovers of the outdoors. At the east side of the park you will find Becher Bay, a beautiful space that includes both a marina and a campground.

If you wish to see the best attractions on the mainland, be sure to learn more about our sightseeing tours in Victoria BC. 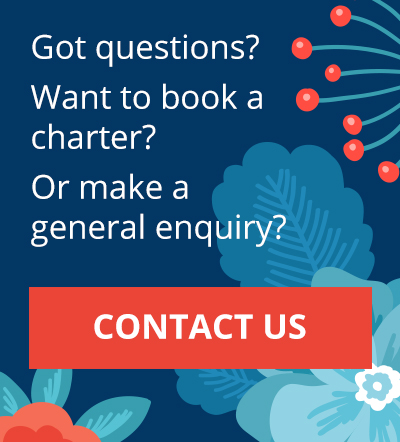